I found this introduction that I wrote when I became Lady wine critic in 2011 (I was fired in 2015). It still holds up for why I write about wine though I did break my own promises many many types with spuriously seasonal columns such as “the sun’s out, it’s time for rosé (again)”.

It is customary for new wine writers about to plunge into this crowded field to start with a preamble about how they are going to be different from everyone else. New Yorker writer Adam Gopnik in his new book, The Table Comes First, thinks this is due to a lack of confidence in readers’ interest:

Nevertheless I hope that this column is going to be a bit different. I am not going to pretend that wine is actually very straightforward. It isn’t. It’s a vast and still mysterious subject which is why it is so interesting. Unfortunately for the general reader, many writers feel the need to demonstrate their education. I have a great advantage here of not knowing that much. I am learning the whole time but I will try to never bore readers with newly-acquired facts about precipitation levels and soil types. I will also avoid extensive tasting notes. Putting flavours into words will always be underwhelming unless you have the descriptive powers of Milton.

I was brought up with the vague idea that good wine was something important. Beyond muttering ‘playful but not extravagant’ after a sip of claret my father was, alas, not much help in educating me. It was in my local branch of Oddbins when I was at university where I first started to learn. I spent so much time there that they offered me a job. After two years in the wine trade, I moved into publishing – the two businesses have an affinity for each other – but kept up my burgeoning love affair with wine through drinking and reading everything I could on the subject. My favourite writers on wine are not professionals but enthusiastic amateurs such as Auberon Waugh, Kingsley Amis or Roger Scruton.

Like the work of these three, the primary function of this monthly column is to entertain, the secondary is to recommend good things to drink and if we learn something that will be a happy side effect. I hope that readers will write in with queries or tell me when I have confused Verdelho with Verdejo (both are grape varieties the first grows mainly on Madeira the second in Rueda in Spain). I’ll avoid spurious seasonal hooks such as ‘it’s May it must be time for rosé.’ Christmas, however, I have no such qualms about using as a peg. It is, in my memory, inextricably linked to wine: the mid morning champagne; the cut crystal glasses, useless for tasting but so pretty on the table; the sediment on the side of the claret bottle; and  best of all port’s yearly outing.

Sour Grapes: The Rudy Kurniawan story is now available on Netflix so I’m republishing this thing I wrote for the Spectator back in September. The documentary is well worth seeing. I also wrote a more in-depth thing on it for Tim Atkin.

Last week a Hong Kong-based wine professional  posted a bottle, a 1959 Richebourg from Henri Jayer, on twitter. It’s worth thousands of pounds but more importantly for a Burgundy lover, tasting it should be the experience of a lifetime. Maureen Downey, an American expert in wine authentication, confidently tweeted back, it’s a fake.

Wine fakes are in the news at the moment with the imminent release of a documentary Sour Grapes. It’s the story of Rudy Kurniawan, an Indonesian national, based in California who was convicted in 2013 for faking some of the world’s great wines. Between 2002 and 2012 Kurniawan sold about $100 million worth of wine.

Maureen Downey who had her suspicions about Kurniawan way back in 2003 told me that people “should’ve seen a 20-something kid suddenly selling cases & cases of the rarest wines & posed a question or two.” Why they didn’t might have something to do with the crowd that Kurniawan moved in.  Kurniawan’s cronies included American author Jay McInerney who features in the film sockless and showing a lot of ankle, fantastically louche-looking filmmaker Jeff Levy and Arthur M. Sarkissian whose oeuvre includes Rush Hour, Rush Hour 2 and Rush Hour 3. Another of their number, auctioneer John Kapon, made a fortune from selling Kurniawan’s wines and not asking too many questions. For these men drinking ultra rare and expensive wines was a form of willy-waving like having a Porsche or model girlfriend. Downey describes the scene as one of “greed, and hubris and disgusting male posturing.”

But it’s not only testosterone-fuelled fools who fall for fakes. That 1959 Richebourg drinker is not only female but a Master of Wine, a qualification that takes years of intensive training. There are only 354 in the world. If she couldn’t spot a fake, then what chance does that give the rest of us? With wines this rare and old nobody really knows what they are meant to taste like. Kurniawan’s recipe for 1945 Mouton-Rothschild was 50% 1988 Ch Cos d’Estournel, 25% 1990 Ch Palmer and 25% 2000 California Cabernet. There’s a fake I’d like to try!

The trick Kurniawan mastered was to mix in fakes with genuine bottles at tastings and then rely on peer pressure to silence any sceptics. British Master of Wine Jancis Robinson has written of how she had her doubts about the authenticity of wine provided by a Danish collector Rene Dehn but didn’t voice them.

It’s impossible to know how widespread fakes are. In the film Laurent Ponsot, a Burgundy producer who proves Rudy’s nemesis, alleges that most pre-1980 Burgundies sold at auction are not genuine.  I spoke with expert on forgery Nick Bartman who told me of Chinese counterfeiters who “take the blueprint of Kurniawan and put it out on a much bigger scale.”

Maureen Downey runs a series of training days where one can learn how to spot a fake. Her advice is “if it looks too good to be true, it is.” The trouble is that when confronted with a really rare bottle, most wine lovers switch off their critical faculties which is why Kurniawan got away with it for so long.

Some photos from recent trip to Beirut and Bekaa valley

Fabrice Guiberteau, winemaker at Kefraya next to Roman burial chamber

Pot still at Domaine des Tourelles made in Aleppo some time in the 19th century and Faouzi Issa from the family who own the estate. 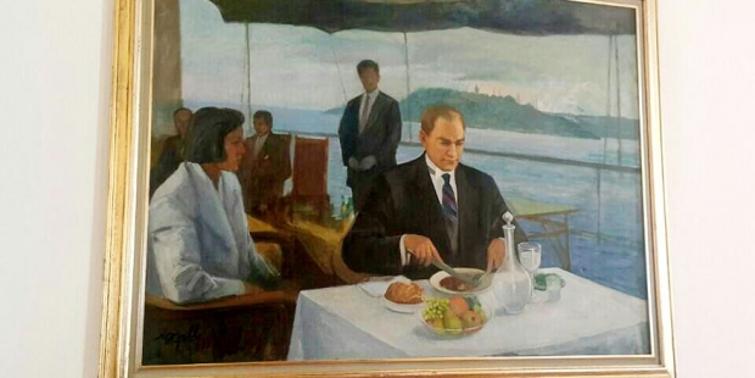 It doesn’t seem too long ago that Turkey looked like the future. It had a booming economy and, moreover, a popular government that seemed to be able to combine Islam with tolerance, democracy and a broadly liberal outlook. It looked like only a matter of time before Turkey joined the European Union. At London’s Wines of Turkey tasting last autumn, the mood was buoyant

A lot has changed over the course of the last year, thanks in large part to events in Turkey that have created a charged political atmosphere there:  Last July, a terrorist attack on Ataturk airport left 41 people dead; there was a failed coup later that summer against Erdogan’s Islamist government; and now a government clampdown has resulted in thousands of suspected antigovernment sympathizers being arrested.
Last year, Turkish wine looked to have a bright future. Now, the turbulent political situation means that the industry has reached a critical point. Winemakers need to urgently figure out how to boost export sales effectively, or else face a languishing home market in a country where people really don’t drink wine. It’s a problem, but it is also an opportunity refocus the industry towards quality.
Read on here