I’ve just written something for the Spectator on Oporto. I was there to research my book as a guest of Sandeman port. At the time my daughter had chicken pox and I kept on getting messages from my wife saying what a terrible time they were both having. I tried to play down how much fun I was having but these photos will demonstrate that I wasn’t being entirely truthful:

Oporto at night. One of the most beautiful sights in the world. 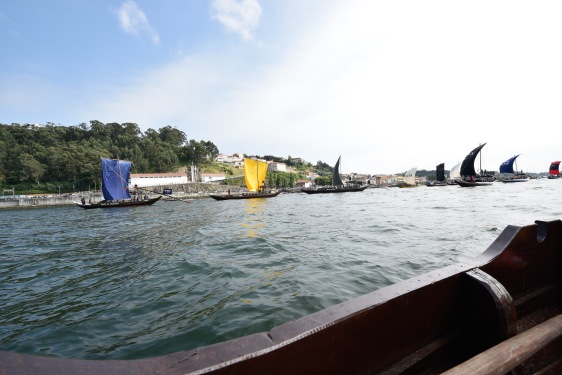 These barges used to carry port wine down the Douro.I was lucky enough to be there for the annual boat race where the port houses race these boats, extremely slowly, down the Douro. It’s like snail racing. The crews are largely Portuguese but the atmosphere of competitiveness dressed up as jovial amateurishness is pure England.  Some crews take it seriously. We didn’t, came third and drank some spectacular old port, Sandeman 1935.

Where the grapes are grown. It’s only 100 miles from the city but feels like a different world. Oporto is cool and foggy, here it’s baking hot. 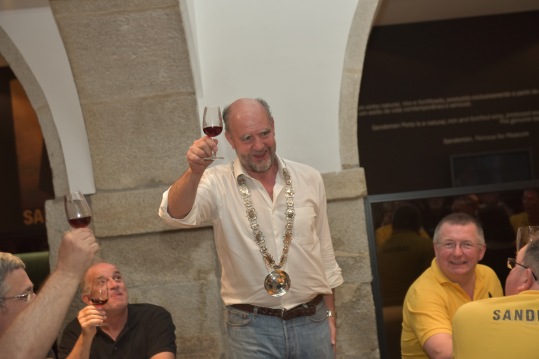 Finally our host George Sandeman, descendant of the original George Sandeman who founded the company in 1790. That thing round his neck is a polished silver port dish that was traditionally used by merchants to assess the colour and therefore the quality of the port wine they were buying.

All photos courtesy of Sérgio Ferreira.

I’m a drinks writer. My day job is features editor at the Master of Malt blog. I also contribute to BBC Good Food, the Spectator and others. You can read some of my work here. I’ve done a bit of radio, given some talks and written a couple of books (Empire of Booze, The Home Bar and the forthcoming Cocktail Dictionary).
View all posts by Henry →
This entry was posted in Wine articles and tagged port, Porto, Portugal, sandeman, Wine. Bookmark the permalink.