What should we call English ‘champagne’? 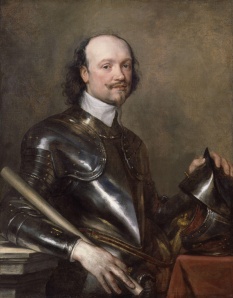 This year a Cornish wine – Camel Valley Brut Rosé  – won the best sparkling wine trophy at the International Wine Challenge beating wines from around the world including champagne. Consequently there has been much talk in wine circles about a generic name for English Sparkling Wine like the Spanish have cava. This debate has even reached the comment pages of the Daily Telegraph. Malcolm Gluck, he of Superplonk fame, has suggested calling it a ‘Pippa’ after Pippa Middleton. I don’t think we need to dwell on what a terrible idea this is. Another suggestion was Britagne – an amalgamation of Britain and Champagne. This simultaneously recalls those confected 80s wines drunk by Northern women with grotesquely fat arms like Lambrini and the ill-feted rebranding of the Post Office as Consignia. The final option was to call it a ‘Merret’ after Christopher Merret, a member of the Royal Society, who is often feted as the inventor of the champagne process. This has its merits (pun intended) but from reading his paper to the Royal Society on 17th December 1662 it appears that he did not invent the process; he was merely describing something that was being done at the time. Some of the brightest minds in Restoration London were experimenting with putting bubbles into wine and cider and no one has yet found out who was the first to do it.

I would argue that the real godfather of champagne was a man called Sir Kenelm Digby. Sir Kenelm invented the modern wine bottle. Previously wine bottles were used much like modern-day decanters, for serving wine. They were much too delicate for storage purposes and bubbles would make them explode (the pressure in a modern champagne bottle is 80 psi or about the tyre pressure of a London bus) so no sparkling champagne. Sir Kenelm invented a process to fire glass at a much higher temperature by using charcoal for his furnaces rather than wood thus making it stronger. Furthermore he was a pioneer in corking wine to hold in all those bubbles – a process that had been lost since Roman times.

His portrait hangs in the National Portrait Gallery in London by Van Dyke (see above.) He looks a louche sort of fellow; the kind of pleasure-seeking individual who could have provoked a puritan revolt with a raised eyebrow. Opposite him is his wife, also painted by Van Dyke, Lady Venetia Anastasia Stanley who in the great tradition of 17th century beauties seems rather plain to modern eyes. Sir Kenelm’s life reads like a picaresque novel. His father was implicated in the gunpowder plot of 1605 and had been hanged, drawn and quartered. Sir Kenelm himself had a varied career as a privateer, soldier and academic. In his unreliable memoirs he claimed to have been propositioned by Marie de Medici widow of Henry IV of France. She was 47, he was just 18. He was even accused, in 1633, of murdering his Lady Venetia – Van Dyke was on hand to paint her death portrait. A founder member of the Royal Society as well as an alchemist, he was best known in his own time for inventing a substance called the ‘Powder of Sympathy’ that was said to have magical healing properties. If he is remembered at all these days it is as the author of the first cookery book in English, the snappily-titled The Closet of the Eminently Learned Sir Kenelme Digbie Knight Opened.

Without Sir Kenelm Digby,  a man who really deserves a new biography of his own, there would be no strong glass and therefore no champagne. In fact it would have been impossible to age wines in bottles so no estate-bottled bordeaux, no vintage port and no modern  fine wine market. Therefore I propose that English Sparkling Wine be called a ‘Digby’. It’s got a good ring to it, has it not? ‘Send us another bottle of that excellent Digby, my good man’ I can hear the more high-spirited members of Boodles shouting after a lavish lunch. It’s easy to pronounce, jolly and solidly English; no ersatz Latinate words here. My wife had an even better idea: bottles should be renamed Kenelms so people could order a ‘Kenelm of Digby’. What better way to remember a great British eccentric?

Majestic wine have set up a poll on their Facebook page where you can vote for your favourite name. Vote Digby!

I’m a drinks writer. My day job is features editor at the Master of Malt blog. I also contribute to BBC Good Food, the Spectator and others. You can read some of my work here. I’ve done a bit of radio, given some talks and written a couple of books (Empire of Booze, The Home Bar and the forthcoming Cocktail Dictionary).
View all posts by Henry →
This entry was posted in Wine articles and tagged Christopher Merret, International Wine Challenge, Kenelm Digby, Malcolm Gluck, Royal Society. Bookmark the permalink.

16 Responses to What should we call English ‘champagne’?